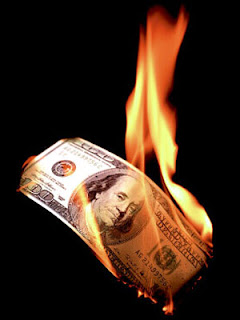 I put a "?" on the title to this blog posting because President-elect Obama has not yet spent an ungodly and ridiculous amount of our great-great-grandchildren's money--but it sure looks like he is about to. And, probably with the consent of lots of Republicans.

What will occur in the next 6 months in Washington is scary. How many times have you heard political leaders say words like these: "Liberal and conservative economists all agree that we need a major stimulus?" I've heard that about 10 times. I guess it's true. Who knows.

The current discussion in Washington to spend over $800 billion that we borrow from China ought to scare the hell out of every American. Is it the right thing to do to "bring back this economy"? I'm not the guy to make that call. But, I am a citizen that is about to watch liberal Democrats do what they love to do: spend lavishly and explode the size of government. I just can't believe that is what the American people meant when they voted for "change." It looks a whole lot like more-of-the-same.

It is hard to watch. Elections have consequences. Let's hope for the best... 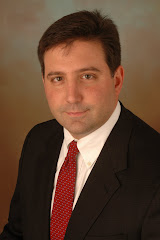 The opinions and thoughts expressed on this blog are mine alone. My remarks are not sanctioned by any political campaign or candidate.